Ticket sales for the ever popular KidsFest 2014 has just started yesterday! This year there will be 9 shows which will run from 15 January to 9 February 2014 at the Drama Centre Theatre and the DBS Arts Centre.

Michael Rosen’s award-winning book We’re going on a bear hunt runs from 23-26 Jan 2014 at the Drama Centre. Tickets are priced fom $35-$62 (every child needs a ticket, even the littlest ones). We’ve just read this book to our kids at last week’s playgroup and it will be great to have an outing to watch this production together. 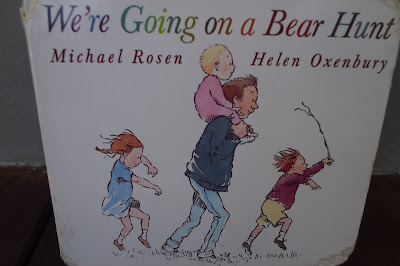 Other popular plays include The Gruffalo and it’s sequel The Gruffalo’s child. There will also be the all familiar The Boy who cried wolf.

The other event we will be going to is the SSO Babies prom. In 6 easy peasy ways to make baby smarter, I mentioned music as one of the ways. This is a great way to expose baby to the orchestra and widen her repertoire of music. The last time I went was a good 5 or 6 years ago with my other kids and they had no problems sitting through it as it was a very interactive and engaging performance. 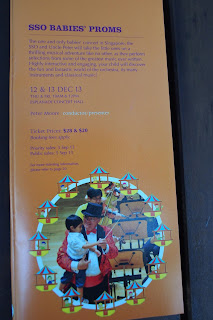 Priority booking has started but public sales starts on Thursday 5 September 2013. Do get into Sistic early as the tickets are usually sold out in a day or two!