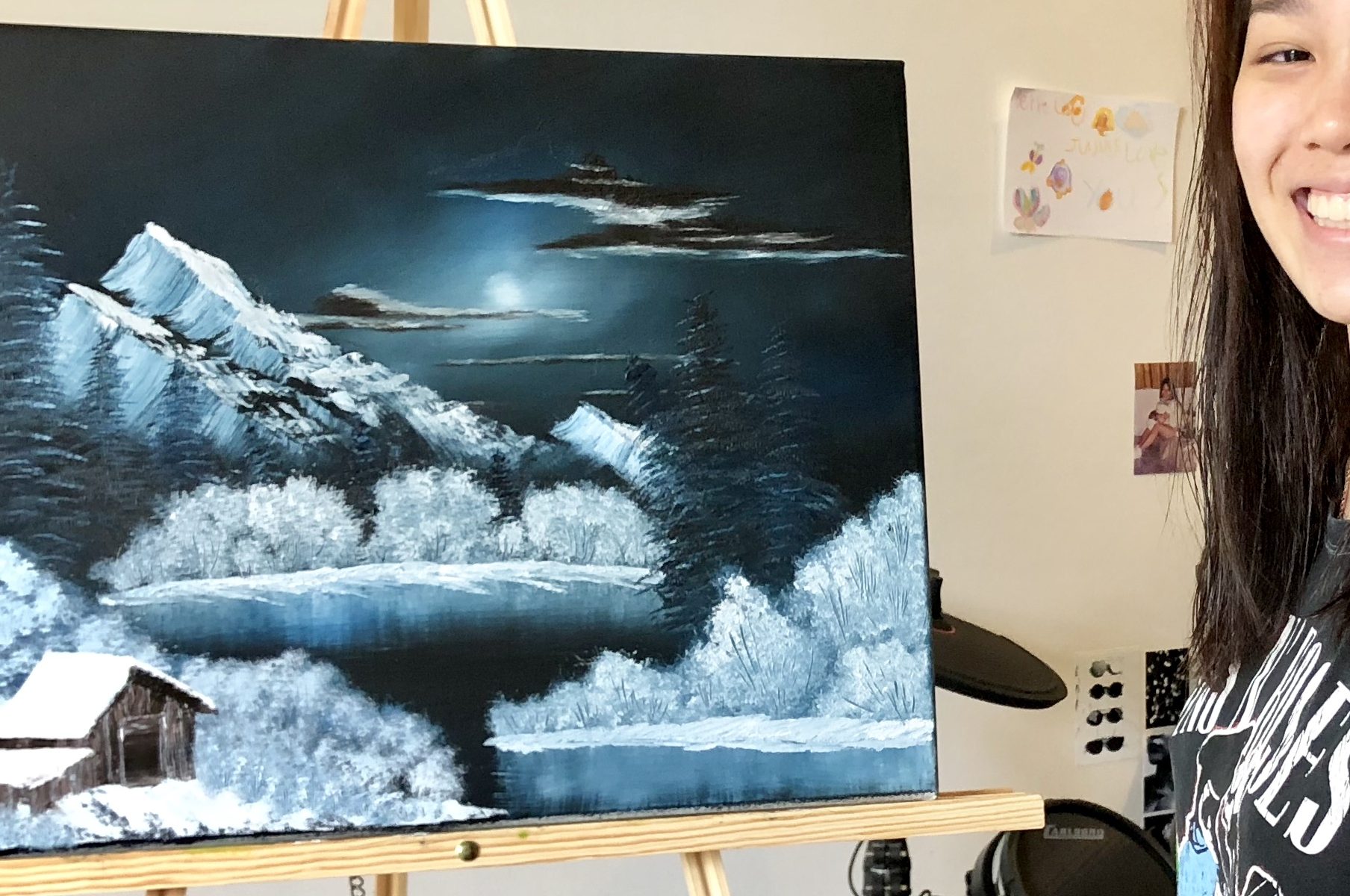 When #2 told us she had received the PSC Provisional Scholarship we were truly surprised. Aiming for a scholarship has never crossed our minds and she had to google it! A quick search revealed that there are 4 or 5 President Scholars each year, and about 70 or so PSC Scholarships are given out. She discovered that her JC has never produced a scholar which on one hand meant that her chances are really slim, yet she mused, “It’ll be cool to be the first one from my school.”

Surely, we must throw a huge celebration then.

On hindsight, I’m glad I didn’t dismiss this option. After her Os, I was apprehensive about her decision to choose the JC route. I had heard that the stress levels have increased tremendously and weekends are spent catching up on sleep, homework and doing projects, which leaves hardly anytime for family or a balanced lifestyle. What is more worrying is the upward trend of depression and suicidal ideation which is worsened by the academic demands of the A levels.

However, she could not find any course in the polytechnics which deeply interested her and since she has a love for Literature and English, that made the choice easier. Besides, the 2 extra years may give her slightly more clarity in what she wants to pursue.

It turned out that JC life was even more gruelling than we had expected. Academically, it is very demanding as the timeline is short. But what compounded it was the extra activities that she took on. In JC, the students become a lot more involved and run all the events by themselves while the teachers play an advisory role.

She headed the committees to organise the investiture and Open House events and stayed in school till late, sometimes 9 or 10pm and by the time she took the bus home, had a bite and showered, it was close to midnight. That’s when she started on homework.

I was really worried at this unhealthy schedule, but when I met her home tutors after the first exam, they were very pleased with her and praised her ability to juggle both her studies and extra activities well. It seemed to be the norm that sleep has to be sacrificed because the workload was about to get heavier.

It was a whirlwind after that. She became President of her CCA and besides the three times per week practice sessions, it was her responsibility to ensure that everything was running smoothly. Most evenings, she was busy texting her core team and her teacher in charge. It became stressful when performances were approaching, because not only did she have to schedule in extra practice sessions, she had to ensure that her team was on top of their responsibilities, logistics was flawless, morale was kept high and unexpected situations were handled swiftly.

She was so busy she hardly had time to study. But guess what? She took on a second CCA! They were short of a guitarist and needed help. That meant early morning practice sessions. Some days she was in school from 7am to 9pm. She worked even longer hours than me.

I made her healthy and filling salads to take to school if not she would be too busy to eat, I listened when she aired her frustrations, but more often than not, I had to deal with her not wanting to talk much because she was just too tired after all that went on in school that day.

On top of that, there were assignment datelines, essays to write, loads of texts to memorise and it was not unusual to see her still studying at 1am. Not only was it mentally demanding, it was also physically and emotionally draining. She was fortunate to have a lovely, polite, caring bunch of friends, but it was also the teenage years where they are finding their identities and navigating many changes.

I was really concerned and told her that something had to give, but she told me that as she had taken on the commitments, she had to see them through.

I happened to speak to her Secondary 4 teacher Ms Sandra and she laughed, “That’s good practice for her, and if she’s going to have 6 kids like you, she will have no problems juggling everything.”

Mums will always be mums. When you see your 17-year-old sleeping 4 or 5 hours a night and looking exhausted, you worry. And you want them to slow down. To take it easy.

As though all that wasn’t enough (for her poor mama’s heart), she participated in a slew of ad hoc activities. She signed up for a mission trip to Vietnam and got accepted. Ah, this was one which I whole-heartedly supported.

It was an eye-opener for them to see how the children lived and studied in the mountainous regions. She recounted how the weather suddenly plunged 20 degrees overnight and their toes were frost-bitten in their converse shoes. As they trekked up the mountain hand-in-hand with the children, these kids nimbly and happily made their way up to school despite being in slippers.

When she moved on to JC2, I assumed she would ease up on the activities and buckle down to some serious studying. How wrong was I. She took on even more!

On top of gearing up for their concert at the Esplanade, she was an Orientation leader for the incoming JC students. She missed a whole week of lessons and came home hoarse from all that shouting.

I was really curious and couldn’t understand why she was still taking on so much when she knows that she needs to focus on her studies this year.

“Mum, there are all these exciting things going on. Everyone signs up hoping for a chance. I so happened to pass all the interviews.” Anyhow, I told her that it was really quite enough and she shouldn’t take on anything more.

Kids don’t listen, do they?

She came back one day and told me excitedly that they had passed the auditions for the rock band competition. Music and singing have always been her passion and they had formed a girl band. They spent Sunday afternoons over at our place practicing their harmonies. Despite me shaking my head at this extra of extras, I must say it was really lovely to hear them jam.

Then came Project Work submission. I found out that it wasn’t projects they were working on. It was a compulsory subject called Project Work where they are assigned into groups of about 4 and there was both a written and an oral component. They worked on a real-life issue and I suppose it is to develop applicable life skills such as critical thinking, working collaboratively, inculcating creativity in application and focusing on the process.

Weekends were spent meeting up to discuss and work through it as a team. With any group work, frustrations with teammates are quite common. She was upset that some of her group mates turned up late for meetings or handed in their part past the deadlines with sloppy work. As she was aiming for an A, she put in many extra hours to edit their parts and rewrite the scripts. Her group mates were so thankful when results were released.

The last event of JC2 was Lit Nite. It was a big event for the Arts students. She ended up writing, directing and acting in it. Again, many late nights in school to prepare. A week before the performance, the senior literature teacher watched their play and asked her to rewrite half of it. She was really stressed at the short deadline. She worked late into the night to perfect it and spent that week with her team polishing up their play. It was wonderful that their efforts were rewarded with a win.

Finally, everything came to a halt a few weeks before Prelims. I asked her how was her preparations coming along and if she needed tuition as the syllabus was not easy and most of her classmates had tuition.

She is a really considerate child and said that she wouldn’t want to waste money unnecessarily if she could manage. She revised on her own and had some study sessions with her friends and they helped one another on concepts they missed out. She even offered to tutor her brother who was struggling with his PSLE.

I kept reminding her to have enough rest and the hubs and I reassured her that if it became too stressful, she could take an extra year and we are completely fine with it.

We knew that she had spent her 2 years gainfully and there was a lot to catch up on. Many of #1’s friends who went on to University said that the 2 years in JC were the toughest and some had to retain 1 extra year because they failed or by choice.

She put her mind into those final weeks before the Prelims, studied hard, and did really well for the exams. Phew. She was offered the provisional scholarship based on her excellent prelim results as well as her portfolio of activities (so glad all that counted for something!)

Many friends were curious to know how we did it. They know my chill education philosophy – no tuition, no assessment books, no ten-year series, no nagging.

I have always believed in making them self-motivated and self-initiated so that they take ownership of their own goals and efforts instead of me pushing them every step of the way.

Instead of drilling them academically, I have been giving them opportunities to develop skills such as getting organised, being able to plan their time, knowing what their priorities are, having the discipline to stick to it, trying different methods when things fail, learning not to give up but to persevere. All these are executive functioning skills which become increasingly important when the demands start to increase. The child needs to be able to manage themselves well to take on greater responsibilities and roles.

We have no idea how she will do for her actual A level exams because she is worried that she may have peaked during Prelims. The papers were tough and many were crying as they left the exam hall.

I’m just relieved that the 2 years have come to an end and I see her so much more now. She has time to pursue her creative interests like painting, writing novels and playing the drums.

Whether she receives a scholarship or not, we are already so proud of her. The skill sets she has developed and the challenges she has surmounted are invaluable experiences. So long as she keeps an open mind and a hunger for learning, she will keep progressing. She has a long way ahead of her, and this is just the beginning!

PSLE results: A test of the parents more than the child

What the PSLE is really about

PSLE results: Good or bad, what do you say?

Who is behind MOE

Michelle Choy is an Occupational Therapist by day and mum of 6 by night. Besides the already very demanding job of managing 5 teenagers and one 7-turning-17 tween, she is also Founder of The Little Executive, a nurturing centre to develop children in areas like resilience and executive function, to survive today’s volatile world. She is also a parenting coach and has been featured on national TV, radio and print media.