Mid-autumn festival is here again! Time for some yummy mooncakes. Nowadays they have such a wide variety of flavours, but we still prefer the traditional ones, and the snow skin ones. 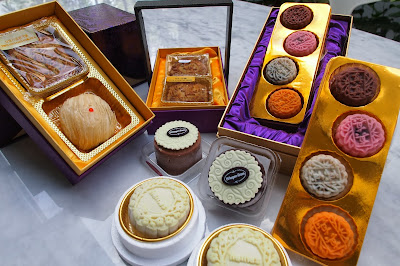 Both their primary schools held their Mid-autumn celebrations on the same night so we had to do a school hop. We all went to #3’s school first. There were lots of things going on there. Performances, competitions, game stalls, food stalls, etc. Sadly though, most things had to be paid for. We needed tickets to enter, and the games and food were not cheap.

There was the traditional Lantern riddles, where the riddles were written on strips of paper and hung from the lanterns. It was authentic, but too high for the children to read, so the parents ended up playing the game! 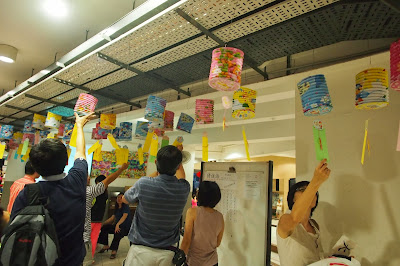 We then adjourned to #4 and #5‘s school. There, they also had the riddles for the children to guess. In ancient China, riddles were used to hide words. They were initially used for the entertainment of the Lords, but were later used to mock the monarch. 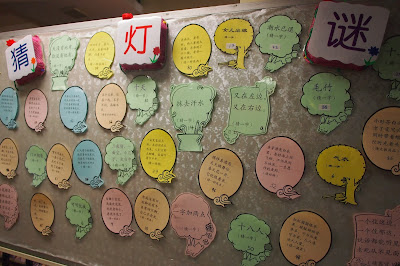 Their school had a similar program, but with a more family focus. The competitions were multi-generational, and the performances even included the older folks dancing to a very hip Korean song! It was a much bigger event and the neighbours were also invited to join in the celebrations. There were performances by the students as well as professional performances such as the ancient Chinese dramatic art of “face changing” (bian lian). They provided mooncakes and drinks for everyone. 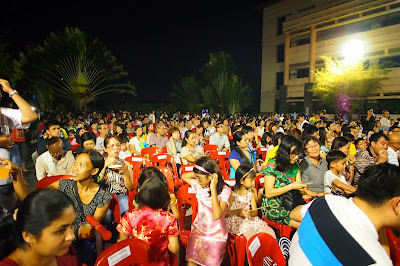 My kids found their friends and they ended up playing together, with all the various siblings joining in. After the performances ended, there was a Dragon dance performance and the dragon led the crowd for a lantern procession. It was truly a family and community event. 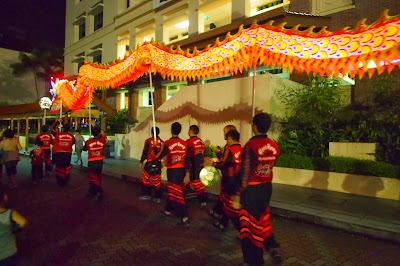 Sane tip: Do you know that research has shown that people scored higher on their happiness level when they are on good terms with their neighbours and within their communities? I am impressed with this school in their efforts to engage and involve their neighbours, including those of different races.

Save tip: At #4 and #5‘s school, even though we didn’t spend a cent, they had a great time just running around with their friends. During school days, it’s just work, work and more work so they were thrilled to play with one another freely. It’s really the simple things that give kids a lot of enjoyment.