We took Kate to the indoor playground at Millennia Walk on her 1st birthday. She had so much fun there! We were there for one and a half hours until closing time, and she wasn’t done exploring everything. It is targeted at the 0-5 year olds and there is a huge variety of toys to entertain them. She started off playing in the ball pool with #4 and #5. 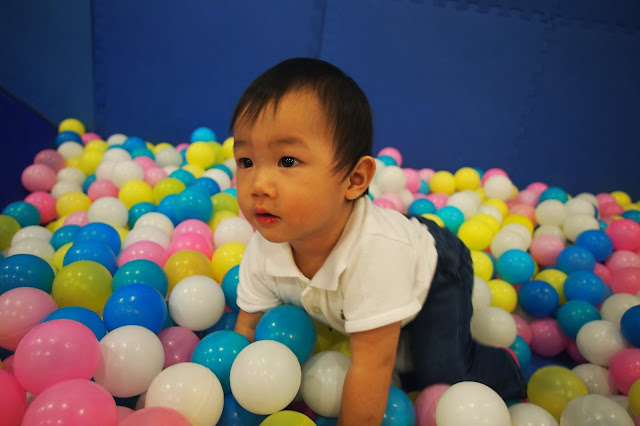 After awhile, they took her out and put her in the swing. She loves the swings at our playground but we can’t swing her properly as there are no seat belts. This swing is perfect for the tikes as the seat has a backing and she can hold on to the sides.

The coolest thing here? It’s gotta be the rollercoaster! We put Kate in the little car and gave her a push. 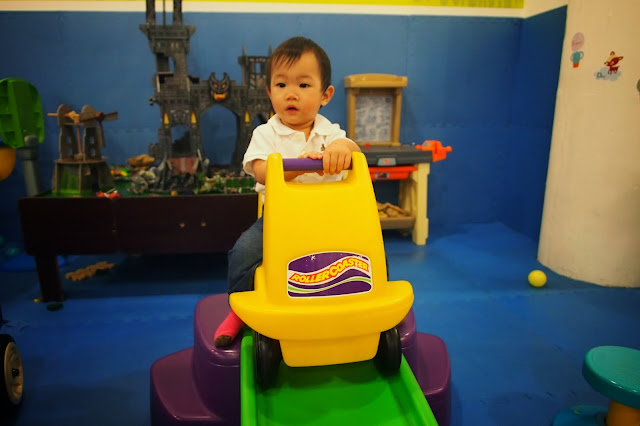 Wheeee! It gathered speed pretty fast and #4 was afraid she would fall off so she caught her midway. It would be perfect for those above 2 as they would be able to hold on tight by themselves. 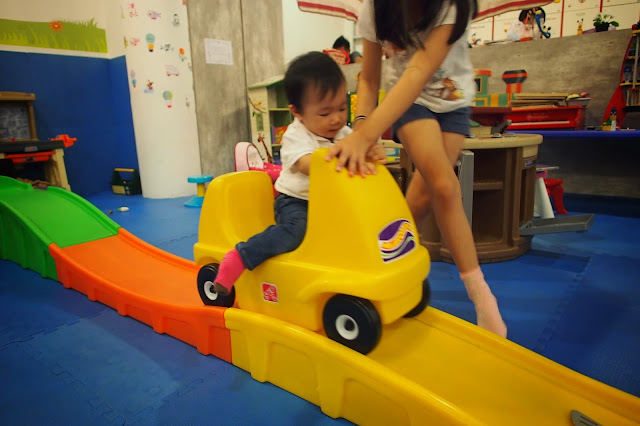 #5 took his passengers for a wagon ride around the place. 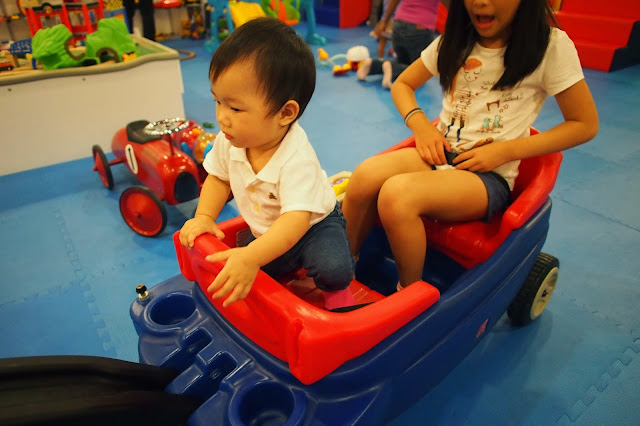 They have a whole array of kitchen play toys. I love this cool red retro kitchen. Wish I had a life-sized one at home! 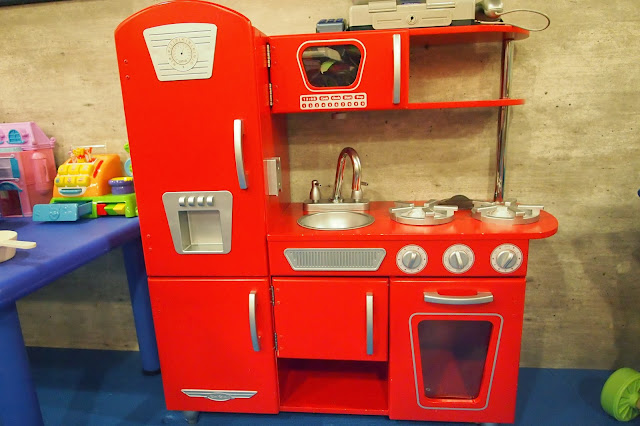 There’s a fully furnished doll’s house, but I think the dolls have gone for a holiday.

For the boys, they have a shelf full of vehicles which they can vroom around on the city play mat. This miniature red fire station can be opened for imaginative play, and there is even a little fireman’s pole in there. 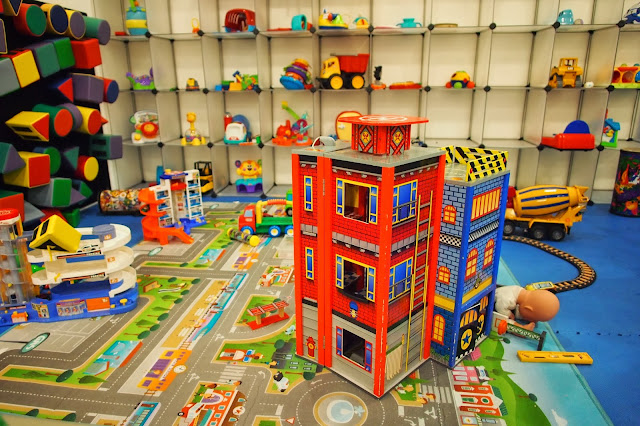 There’s also a train track table top which was very popular with the little boys.

Lots of kids were huddled inside the castle. It has a red slide for a quick escape. 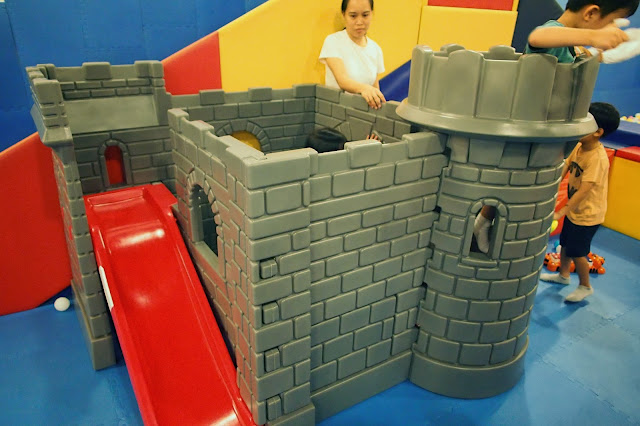 There’s even a rack of costumes for pretend play. There seemed to be more options for the girls than the boys. Anyway, most of the boys were too busy with the trucks and the slides.

Kate found this little piano and started tinkering away. Sure looks like a pro! 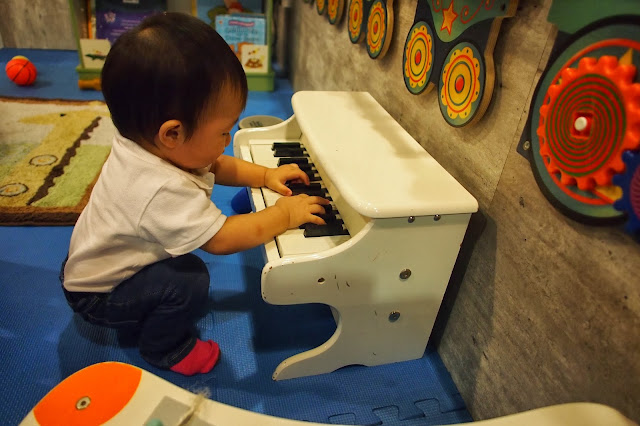 She picked up a little camera which looked like a phone to her. She’s now at the stage where she’s obsessed with phones. At home, if she fusses, #3 will take her to the speaker phone and call grandma. She loves to hear a voice on the other end. 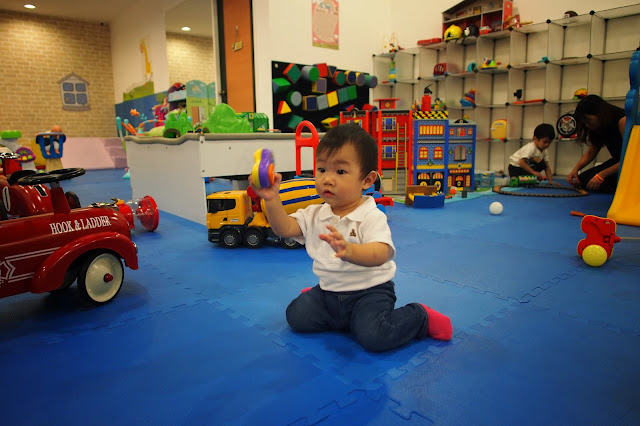 She dialled some numbers and called her friends to tell them about this oh-so-cool place. I think she’s gonna bring her gang here the next time round. 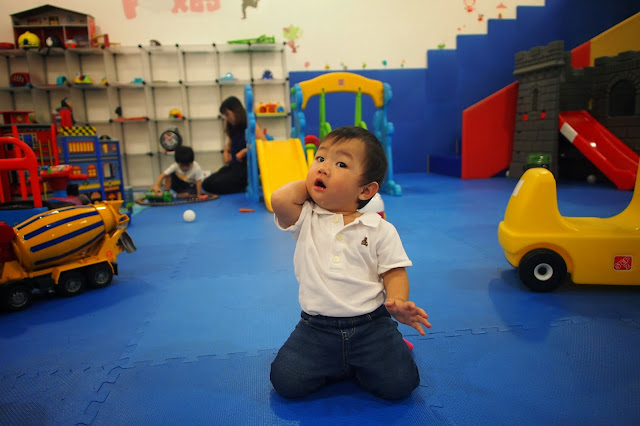 Kate’s favourite? The ride-ons. She spent a good half hour trying all the ride-ons. 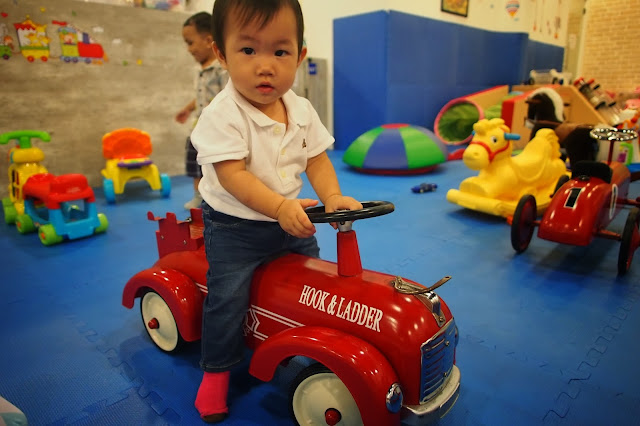 She likes the Thomas one best. She started by pushing it around.. 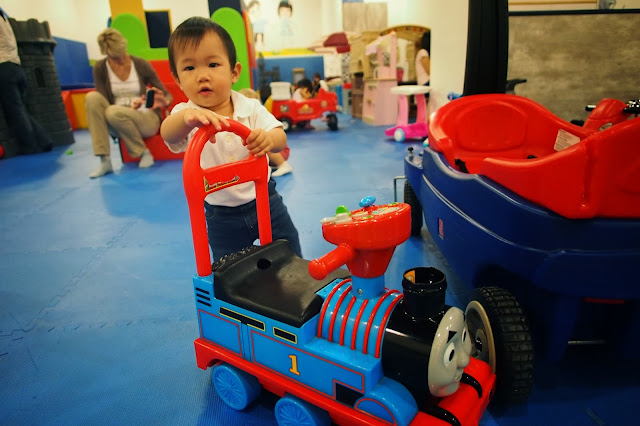 Then she got on it.. 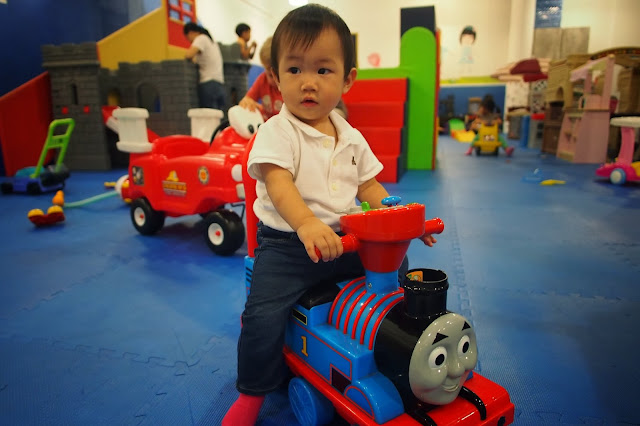 And then she started standing on it! I’m glad the floors are padded. 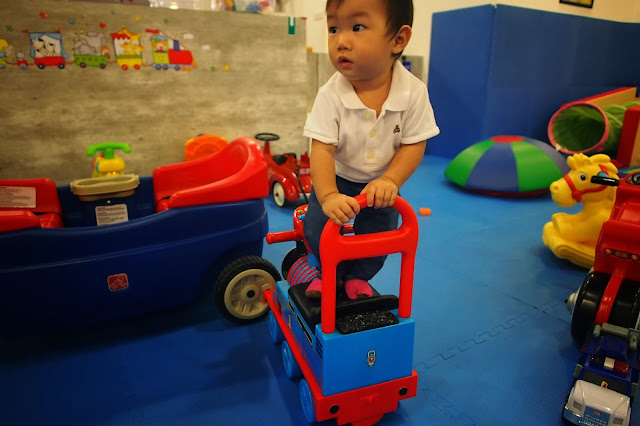 She moved on from the ride-ons to the scooters.

Sane tip: I love this place. There is so much to entertain her that I can just sit and watch while she moves on from one toy to another. At home she gets bored after 10 minutes and I have to look for new things to entertain her. We’ll definitely be back!

Save tip: Weekdays it’s unlimited play. Weekends it’s $8 for an additional hour. Probably good to get the membership @ $50 per year if you intend to camp out here often with the kid. I just might get it the next time round.