The exams are over and I picked #4 and her classmates up after school for an afternoon of fun. They decided to go ice-skating so I took them to The Rink at  JCube. The public skating session is at 3-5pm so we only had time for a snack.

This kiosk at #B1 sells fries with a variety of dressing. We had the curly fries with nacho cheese and it was yum!

They are only 9, and I was surprised that they are so independent. I thought my kids were pretty independent, but her friend L said she had ever ice-skated all by herself before. Wow. They told me they didn’t need me hanging around and assured me they would be fine (wonderful!). I watched from the barrier and saw that they were able to get their skates from the counter, and were figuring out how to use the lockers. YX stopped one of the staff (the gentleman in the foreground) and asked him for help in opening the lockers. I could see that they were indeed managing fine by themselves so I went off with #3 for tea. They had their handphones with them and I instructed them to call me if they needed anything. 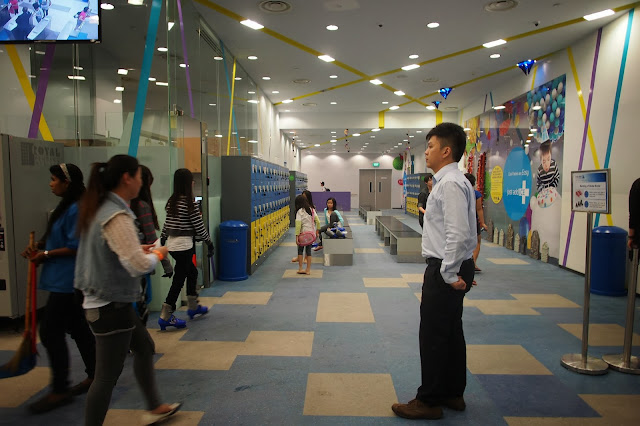 I took #3 for a treat at the café downstairs as she did well for her English paper. Her English had always been very poor as she did not have a strong foundation. I didn’t get her to read books when she was young and she never had any good English teachers from the time she was in Nursery up until last year. However this year in P5, she has a really good English teacher and I also hired her an excellent English tutor for the past few months. She has a short attention span so we keep the sessions to just an hour and her tutor played games with her and made the lessons fun.  In the end, she managed to score an A for this final year exam, which was the highest score in class. That was just unbelievable. We were all so happy for her.

Earlier, #4 and her friends decided they wanted to eat at Chili’s, so I instructed them to meet me there at 5pm after the session ended. They had a surprise for me. They had gathered ice chips and packed them tightly into a snowball! 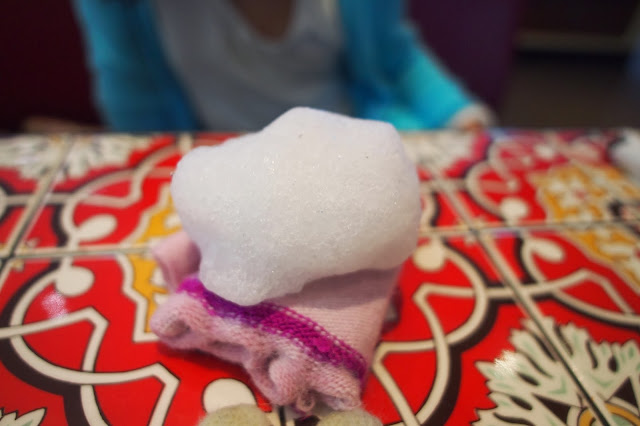 They have quite a comprehensive menu and I must say it is a pretty good deal. For $13, they get a main dish, a side dish, a drink, and a dessert of an ice-cream or a cookie.

After telling me their orders, they immediately turned the menu over and tackled the activities. Which left me peace to decide on my order… 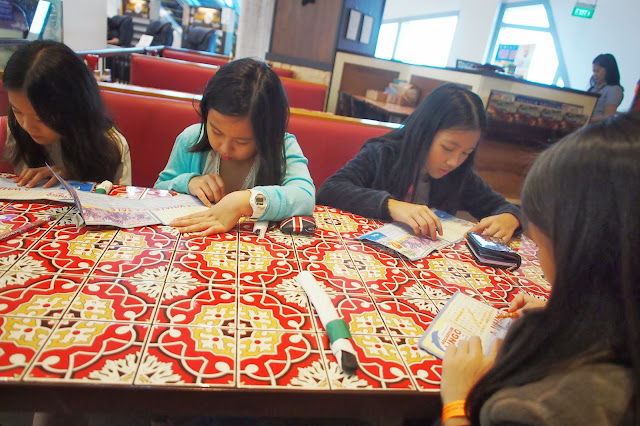 The kids’ portions were relatively big. The pasta was cooked with a creamy sauce and it was not bad. The Mac & cheese was rather miserable though. YX didn’t really like it and asked me if there were any toppings for it. I carved out the ribs for the kids and she said that it was much better than her Mac. The fries were quite good. They looked like rough cut fries and had the skin on. Next time we would probably try the other options on the kids menu like the pizza, cheeseburger or the chicken crispers.

The best thing is that kids eat free on weekdays before 6pm, with an order of an adult main meal.

We went home and the kids played the card game “Sleeping Queen” while waiting for their parents to pick them up. 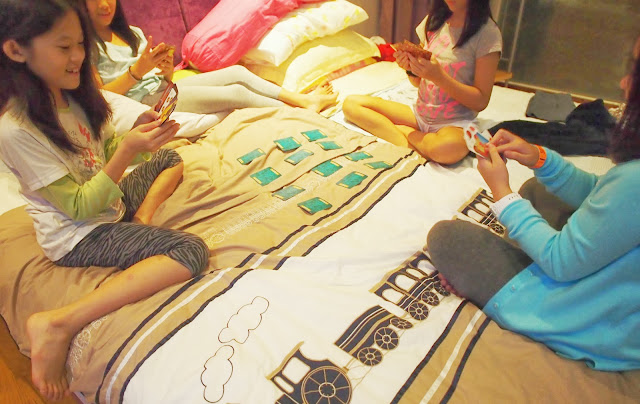 It was lovely spending the day with her friends. They were very well-behaved and I love chatting with kids. They always amaze me with either their knowledge, their innocence or their spiritedness. It is such a blessing to be in the company of children.

Sane tip: It’s great when the kids are independent. I can leave them to have fun while I have time to run my errands or just chill out.

Save tip: Chili’s is quite a good place to take the kids to either before or after a session of ice-skating as they open throughout the day and is located just outside The Rink. The kids’ portions are quite huge and can easily be shared by two 9-year olds. Oh hey, I just realised they forgot to serve us our desert! Will try asking for it the next round 😉