Met up with my old neighbours (the playgroup mummies) for breakfast at the Grandstand. They suggested Paul at Taka which I had tried once and felt was not impressive. I prefer Maison Kayser as I had a lovely breakfast at the Scotts square branch a while ago. We decided on the Grandstand outlet as it was more convenient for everyone and parking was free. The Grandstand does have a lot of eateries but not many are open at 10am. 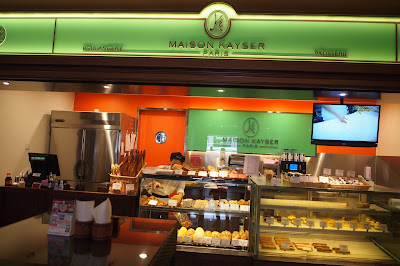 We ordered all their ‘best seller’ items to share. We were slightly disappointed as we did expect a little more from such a renown French bakery. My experience at the Scotts square branch was better, I guess because they had a menu serving hot food plus the lovely ambience! 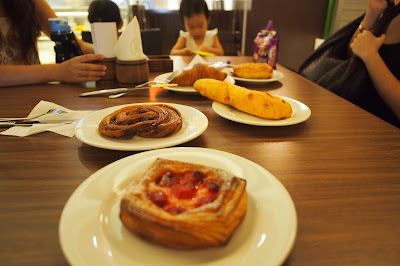 Anyway, we did have a lovely relaxed morning catching up… about school, the ridiculous fact that they are not able to complete the syllabus before the exams (what’s new) and a couple of other gripes, about how to talk to our kids about the birds and the bees (some of our kids were asking those questions at P3!), about the P1 registration (this year they allow online registration, so when you go to the school to suss out your chances, the numbers on the board does not include those via the internet). Our kids are in different schools – top schools, mission schools, neighbourhood schools so we can do a comparison and we do see that there are differences in the schools.

One neighbour shared with us her decision to put her daughter into the neighbourhood school instead of one of the top 10 schools (both are in our vicinity). Her husband is an expat and after visiting both schools, this is his verdict:

The top school: Too academically focused, very limited CCAs available, especially for Sports, and the school has a somewhat cold atmosphere.

The neighbourhood school: The kids looked happy; talking, laughing, running about (it was recess time), there were many more options with regards to CCAs and the school felt more welcoming and seemed like a better place to study in.

To him, the choice was clear. It was a more holistic, happier environment to put his daughter in. I hope many more parents are able to have an open mind when choosing a school for their children. They should take the trouble to find out more about the schools in their area and consider which one is a better fit for their child, instead of just following the crowd and trying their luck at the most popular schools.

Afterall, it is a known fact that most of the top schools allocate their better teachers to the top classes in a bid to improve their ‘above 250’ scorers. And that they give them such tough exam papers at the P5 level resulting in many students failing… which leads to parents looking for tuition to improve their grades. Much of the stellar results in top schools are actually a result of tuition, not the schools themselves. In #1‘s school, there was a teacher who was known to tell all his students on the first day of school. “I expect every one of you to get tuition for this subject.” Wow. Talk about delegation.

I myself have realised my narrow-mindedness in the way I made my decision on choosing a Secondary school for my children. I will share about that shortly.

We had a bit of time after breakfast before picking our kids up, so we walked over to Pasarbella, the oh-so-cool market which I love! 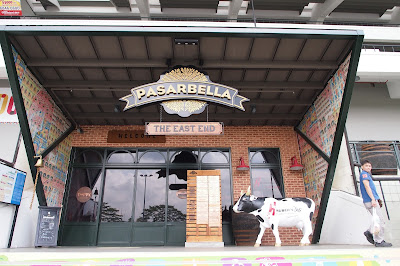 I wanted to check out Pantry Magic which was closed the last time I was there. The things are nice to look at but rather pricey. I ended up getting myself a cherry pitter! It’s not cheap at $11.20, but if it can save me a lot of time cutting out the seeds for them, it’s worth the money. 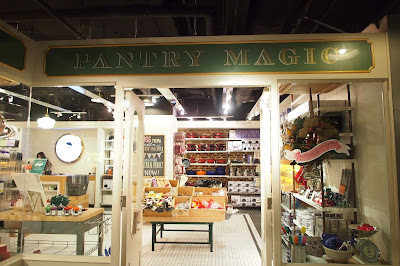 There’s also a hair salon for kids, which will set you back $18 per cut. I’m glad my hubby is pretty nifty with the scissors. He cuts my son’s hair at home. 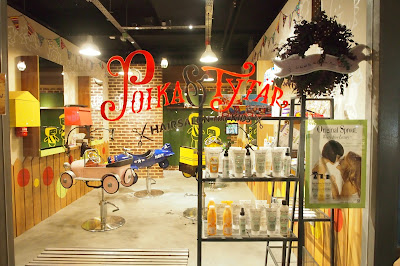 If you have a free afternoon, this is a lovely place to stroll and window shop. The displays are all so charming. I’ve been here a couple of times but it’s still nice to wander around.


At one corner, there is a Japanese outlet selling sashimi and fresh seafood where you make your selection and they cook it for you. Look at this fish with the goggle eyes!

Sane tip: There’s an indoor playground upstairs – Fidgets. You can drop your kids off to play (if they are independent enough) while you have a lovely stroll around the market.

Save tip: None here!